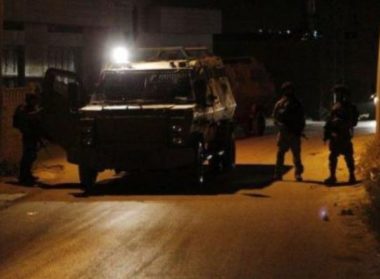 In related news, the soldiers continued the extensive and violent searches of homes in Shweika area, north of Tulkarem, stormed into dozens of stores, homes and buildings, and interrogated many Palestinians.

In addition, the soldiers invaded the homes of Na’el Kamel Zyoud and Ajaj Abu al-Kheir, in Sielet al-Harithiya, west of Jenin, in northern West Bank, and installed a sudden roadblock at Haifa road, before stopping and searching dozens of cars, and interrogated many Palestinians while inspecting their ID cards.