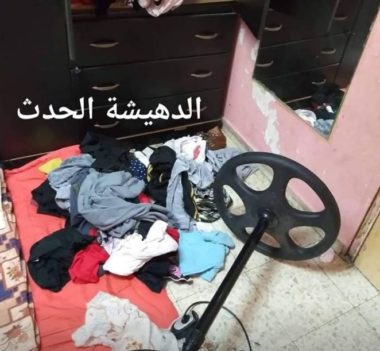 The sisters were detained by Israeli forces, Monday at dawn, from their home at Aida refugee camp in Bethlehem city. Eighteen additional Palestinians were abducted in various parts of the West Bank the same night.

The father of the minors is currently imprisoned by Israeli, held under administrative detention, without charges or trial.

He is a senior official of the Islamic Jihad, and has spent 20 years in administrative detention.

Addameer – Prisoner Support and Human Rights Association reported in December 2017 that “Since 2000, more than 12,000 Palestinian children have been detained.” Addameer reports at present, there are 5640 political prisoners in Israeli prisons, as well as 270 child prisoners, 50 of which are younger than 16 years.

A joint report from June 2018 by (The Palestinian Prisoners Society, Addameer, The Prisoners Commission and Al Mezan Center for Human Rights) showed the following “the occupation forces arrested 3533 Palestinians since the start of 2018 until June 30, including 651 children, 63 women, and 4 journalists.”