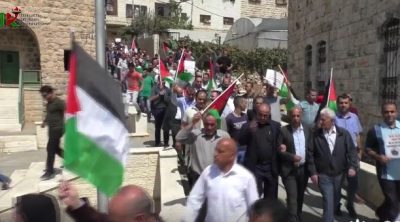 The procession was mainly organized as part of the ongoing activities rejecting the illegal Israeli decision granting the colonists official status and administrative authority.

Media sources in Hebron said dozens of Palestinians, and international peace activists, marched against the decision, and demanding the army to remove the roadblock and lift the closure imposed on Qalqas area, near Haggai illegal colony, built on Palestinian lands, in the eastern part of the city.

The soldiers met the nonviolent protesters with excessive force, and fired gas bombs and concussion grenades at them, causing many to suffer the effects of tear gas inhalation. 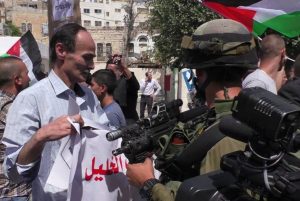 nalist Bassam Shweiki of the Hebron Defense Committee stated that the procession was called for by Dismantle the Ghetto Campaign, rejecting the decision of the occupation to form a municipal council for settlers in the town. 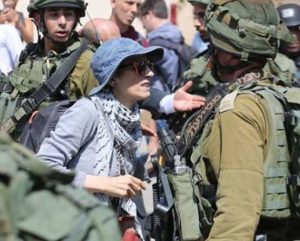 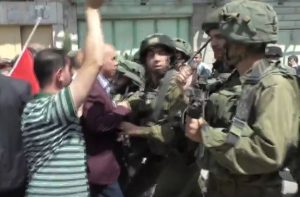