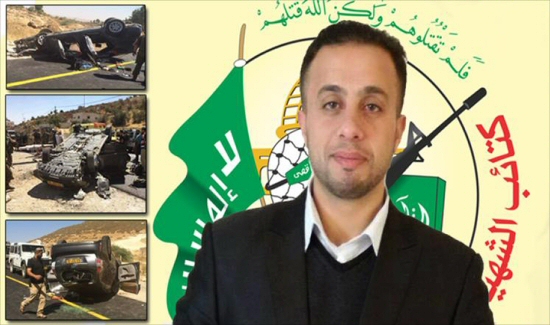 Israeli military forces stormed, on Wednesday at dawn, the house of Hadeel Owda, wife of Mohammad al-Faqeeh, who was killed by Israeli forces on July 27, and proceeded to physically assault her.

Family members claimed, according to Al Ray Palestinian Media Agency, that an Israeli military detachment stormed the house, while a number of female soldiers beat Hadeel on her abdomen with the intent of causing an abortion for her unborn fetus.The family added that the soldiers tried to arrest Owda, while her father subsequently fell into a coma, and was taken to an Israeli hospital.

Faqeeh’s wife is in her fourth month of pregnancy, and Israeli forces had reportedly demanded her to get abortion for her baby, previously.

Israeli authorities alleged that Faqeeh was the gunman who carried out a shooting attack on Route 60, between the illegal Israeli settlements of Beit Hagai and Otniel, to the south of Hebron, which killed Otniel resident Michael Marc.

The Israeli soldiers bombarded, destroyed the house and killed Faqeeh while he was inside it.