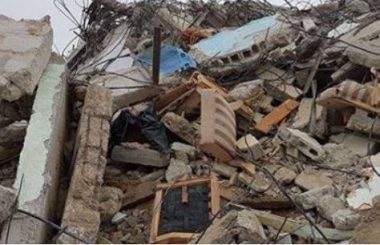 Israeli soldiers demolished, on Wednesday morning, two Palestinian homes in Jabal al-Mokabber village, in the southern part of occupied Jerusalem, after violently forcing the families out.

The two homes are owned by Islam and Imam al-‘Abbassi in the Sal’a neighborhood in Jabal al-Mokabber; the army said the buildings were constructed without permits, and destroyed them even before a date for the demolitions was officially set.

Their father, Mousa al-‘Abbassi, said the homes, 160 square/meters, were built in 2014, and provided shelter for 14 family members, including 10 children.

Al-‘Abbassi said the families of Sal’a neighborhood, in the al-Mrouj area, have filed numerous appeals to the Jerusalem City Council, over the last several years, asking it to conduct the needed zoning and mapping of the area, but to no avail.

Approximately two weeks ago, al-‘Abbassi family filed an appeal, asking the City Council, to at least freeze the demolition orders, but never received a response until the soldiers, without a prior warning, invaded the area, pushed the family out and demolished their homes.