Israeli Soldiers Detain A Child And A Young Man, In Jenin 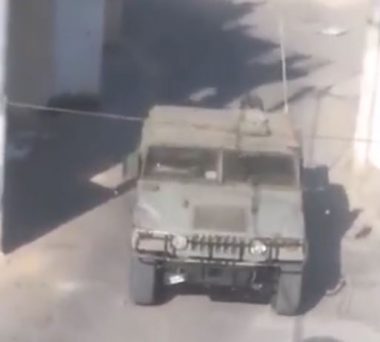 Israeli soldiers invaded, on Sunday at night, Rommana village, west of the northern West Bank city of Jenin, detained a child and a young man, and released them after interrogating them for several hours.

Media sources in Jenin said the soldiers invaded Rommana, and installed a military roadblock, in the center of the town, before stopping and searching dozens of Palestinians and cars.

The soldiers also invaded the home of a Palestinian woman, identified as Amira Hamdan, and violently searched it.

Furthermore, the soldiers detained a child, identified as Mustafa Sa’ed al-‘Amour, in addition to a young man, Mohammad No’man Abu Bakr, interrogated them for several hours at the military roadblock, and later released them.