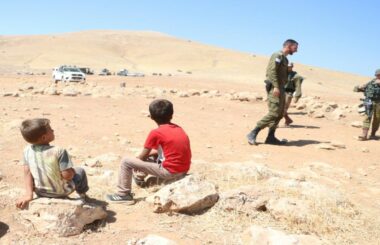 Bisharat added that the tent, used by the Palestinian and his family, was about 60 square/meters.

Last week, the soldiers invaded Khirbat Hamsa Bedouin village in the area, and demolished it for the seventh time this year alone, rendering 60 Palestinians, including 35 children, homeless.

Khirbat Hamsa was established more than 40 years ago, and its inhabitants are shepherds. It has since been subject to frequent Israeli violations, including demolition and displacement.