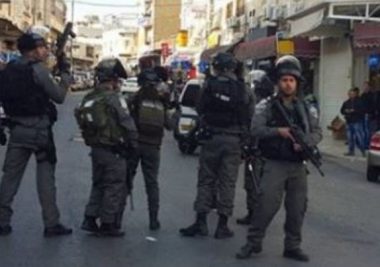 The Palestinians were marching and chanting against the ongoing Israeli occupation of Palestine, including its occupied capital Jerusalem.

They also chanted against the U.S. President Donald Trump for his illegal recognition of the Jerusalem as the unified capital of Israel, and his decision to move the U.S. Consulate from Tel Aviv to the city.

The Palestinian Red Crescent Society (PRC) said the soldiers resorted to the excessive use of force against the nonviolent protesters, and injured five.

The wounded Palestinians received the needed treatment, before being moved to local hospitals.