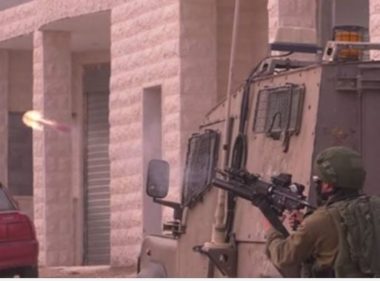 Israeli soldiers invaded, on Wednesday at night, the ath-Thaher area, south of Beit Ummar town, northwest of the southern West Bank city of Hebron, and injured several Palestinians who protested the invasion.

He added that many Palestinians, including those in their homes, suffered the effects of teargas inhalation, especially since the soldiers fired at random and in various directions.

All wounded Palestinians received treatment by local medics, without the need to be moved to hospitals or clinics.