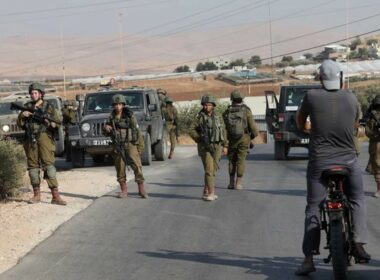 Media sources said many army vehicles invaded the two villages after surrounding them.

They added that the soldiers took many pictures of the two communities, especially the residential tents and barns, raising fears among the Palestinians of impending demolition and displacement.

Over the past few months, the area has been subject to frequent invasions, and the soldiers have already confiscated cars, agricultural tractors, and tools from the villagers.

It is worth mentioning that the Israeli army also conducts frequent military drills in the area, displacing Palestinian shepherds and destroying their property.