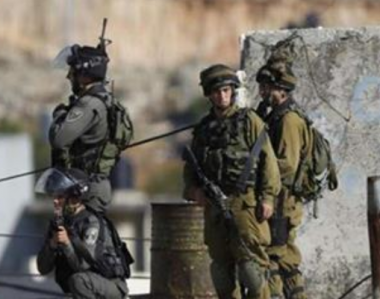 Dozens of Israeli soldiers invaded, Monday, the town of Azzoun, east of the northern West Bank city of Qalqilia, and completely isolated it after declaring it a “closed military zone,” preventing the Palestinians from entering or leaving it.

The WAFA Palestinian News Agency said the soldiers closed all roads linking Azzoun with the surrounding towns, and installed many roadblocks, especially on the man road linking it with Jayyous town, and Ezbet at-Tabib.

It added that the soldiers also invaded the town, and interrogated dozens of Palestinians, after stopping them while walking or driving in various neighborhoods, in addition to storming homes and ransacking them, amidst violent searches.

The invasion led to clashes between the soldiers, who fired dozens of gas bombs, concussion grenades and flares, and local youngsters, who hurled stones and empty bottles on the military vehicles.

Medical sources have confirmed that at least two Palestinians suffered the severe effects of teargas inhalation.