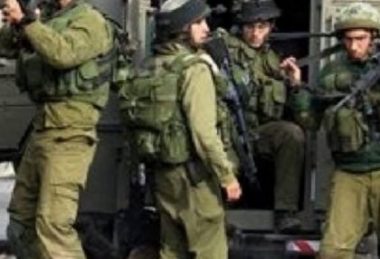 Israeli soldiers invaded, on Monday at dawn, the southern West Bank city of Hebron, and several nearby towns, searched homes and kidnapped four Palestinians, in addition to confiscating a laptop, a mobile phone and two cars.

Another young Palestinian, identified as Mohammad Abdul-Rahim Halayqa, was kidnapped in the Shiokh town, east of Hebron, after the soldiers confiscated his car.

In Surif town, northwest of Hebron, the soldiers invaded a few homes and kidnapped one Palestinian, identified as Awni Mustafa Eghneimat.

In related news, the soldiers invaded many neighborhoods in Hebron city, and installed roadblocks at the main roads leading to Sa’ir and Halhoul towns, and Hebron’s northern entrance, before stopping the searching dozens of cars, and questioned many Palestinians while examining their Id cards.