Many Palestinians Injured In Ni’lin 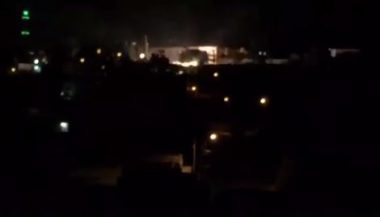 Palestinian medical sources have reported, on Sunday at night, that several Palestinians were injured, after Israeli soldiers invaded Ni’lin village, west of the central West Bank district of Ramallah.

The soldiers said the soldiers fired live rounds, rubber-coated steel bullets and gas bombs at many Palestinians, and their homes, causing several injuries.

The invasion was carried out by several Israeli army vehicles, and while withdrawing, one military jeep apparently lost its way, before many youngsters started throwing stones and empty bottles at it.

Shortly afterwards, several army jeeps returned to the town, and clashed with dozens of youngsters, approximately for three hours, before securing the withdrawal the jeep that lost its way in one of the neighborhoods.