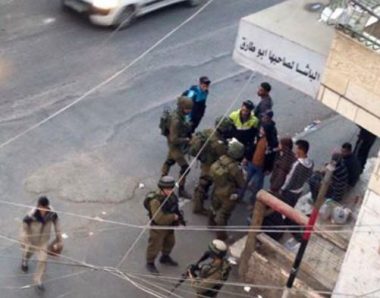 Several military vehicles invaded the al-Wad area, in Jerusalem’s Old city, and kidnapped a young man, identified as Abada Najeeb, and a child identified as Adham Za’tary, before taking them to an interrogation center.

The soldiers also invaded the al-Isawiyya town, in the center of Jerusalem, and kidnapped a young man, identified as Dia’ Ayman ‘Obeid.

The invasion into al-Isawiyya was the second since Wednesday evening, when the soldiers stormed the tow and clashed with many local youths.

In related news, the army released two detained siblings, identified as Omar and Ali al-Ferawi, from the African Neighborhood, adjacent to the Al-Aqsa Mosque, after imposing a 3000 Shekels fine on each of them.

The two siblings will have to go to the District Court, in West Jerusalem, in two weeks.

On Thursday morning, the soldiers invaded al-Khader, south of Bethlehem in the occupied West Bank, and kidnapped seven Palestinians, including three siblings.