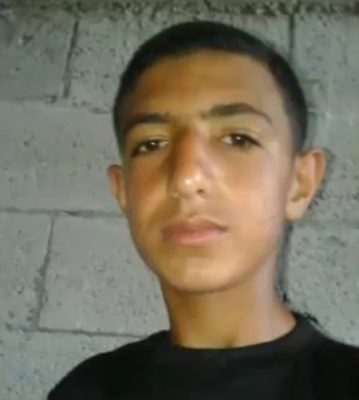 Israeli soldiers killed a Palestinian child on Wednesday when they shot him with a high-velocity gas bomb in the head, and wounded 25 other Palestinians, during protests near Beit Hanoun (Erez) Terminal, in northern Gaza.

A video shows gas pouring from his skull, where the canister lodged, and a group of young men rushing up to help him to an ambulance.

The soldiers also targeted a Palestinian ambulance with a gas bomb, and several live rounds, near the crossing.

Furthermore, the soldiers injured 25 other Palestinians, some with live fire who were rushed to the Indonesian Hospital in nearby Beit Lahia. The rest suffered the effects of tear gas inhalation.