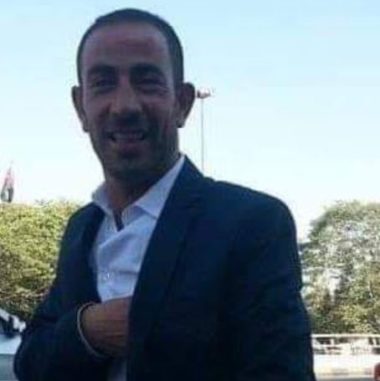 Israeli soldiers killed, Tuesday, a Palestinian from Hebron, in the southern part of the occupied West Bank, reportedly after he attempted to stab them. Palestinian sources have confirmed that the slain man as distributing notices from the Sharia Court in the city, when the soldiers shot him.

The Palestinian Red Crescent Society (PRCS) said the soldiers shot and seriously injured Yasser Fawzi Shweiki, 36, and prevented its medics from approaching him.

Eyewitnesses said the Palestinian was left bleeding on the ground, after the soldiers shot him in the chest, and later dragged his corpse into the nearby Rajabi building.

His father, Fawzi Shweiki, said that he heard the gunshots, but did not know that it was his son, who works for the local Sharia court and was distributing notices, was the victim.

Israeli sources claimed that the soldiers shot the Palestinian after he 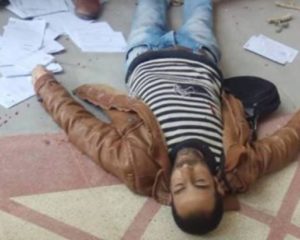 attempted to stab them with a knife.

After his death, groups of illegal fanatic colonialist settlers, including children, “celebrated his death” by dancing and chanting in the streets of the occupied city.