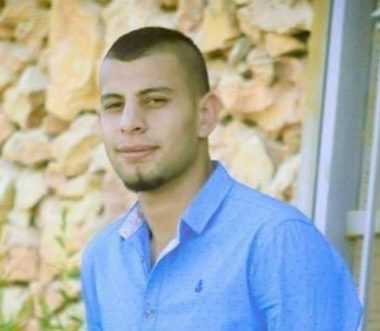 Media sources said the soldiers shot and killed Mohammad Jamil Shahin, 23, in addition to wounding at least 40 others.

The slain Palestinian was shot with a live round in the heart and died from his serious wounds shortly after he was injured.

The Palestinian Red Crescent said its medics provided treatment for 40 Palestinians; many of them were shot with rubber-coated steel bullets, and others suffered the effects of teargas inhalation.

It is worth mentioning that dozens of soldiers invaded Salfit, and were deployed in several neighborhoods, and main roads, in addition to storming and ransacking buildings, including homes and shops, and confiscated surveillance recordings and equipment.