Palestinian Dies From Wounds Suffered On March 1st In Gaza 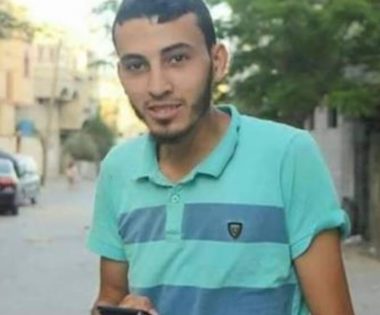 The Palestinian Health Ministry in the Gaza Strip has confirmed, Tuesday, that a young man, who was shot and seriously injured by Israeli army fire, on March 1st, during the Great Return March processions, has died from his wounds.

The Health Ministry said the Palestinian, identified as Mousa Mohammad Mousa, 23, was shot with a live round in his back, east of the al-Boreij refugee camp, in central Gaza.

It added that the Palestinian remained in a very serious condition at the Intensive Care Unit, until he succumbed to his wounds in the early dawn hours, Monday.

The slain Palestinian was from Deir al-Balah, in central Gaza; his death brings the number of Palestinians, killed by Israeli army fired since the Great March procession started in the Gaza Strip, on Palestinian Land Day, March 30th, 2018, to 271 Palestinians, including children, journalists and medics.

The number of Palestinians, who were injured by army fire, has exceeded 29.000, including dozens who suffered serious wounds, in scores of residents who suffered amputations of their limbs.

It is worth mentioning that, on Monday morning, a young Palestinian man, identified as Bassam Sami Othman Safi, 22, died from serious wounds he suffered by Israeli army fire, on February 22, 2019.