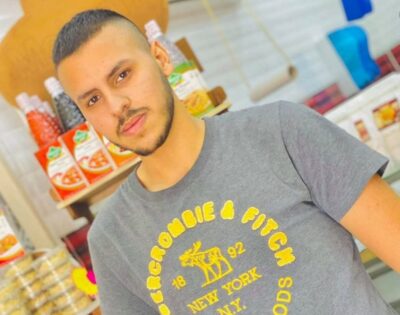 On Monday evening, Israeli soldiers killed a young Palestinian man after he reportedly stabbed two soldiers near Bab al-Qattanin leading to the Al-Aqsa Mosque in occupied Jerusalem, in the West Bank.

Israeli sources said two soldiers were moderately injured in the stabbing incident before the soldiers shot and killed the Palestinian.

Dozens of soldiers and police officers were deployed in the area after the incident before the army closed the entire area.

The Palestinian has officially been identified as Abdul-Rahman Jamal Qassem, 22, from the al-Jalazoun refugee camp, north of Ramallah, and lived in the nearby town of Jifna.

A surveillance video from the scene shows the soldiers surrounding the wounded Palestinian after the officers shot him; he was lying on the ground before an officer fired the fatal shot, although the Palestinian at the time posed no threat due to his severe wounds.

The soldiers also attacked many Palestinians in the area and closed all gates leading to the Al-Aqsa Mosque, before preventing the worshippers from entering the holy site.

In related news, Israeli sources claimed two soldiers suffered mild wounds after being struck by a Palestinian car during an invasion into Silat al-Harithiya town, west of the northern West Bank city of Jenin.

The army claimed that the incident was a deliberate attack, adding that the soldiers arrested the driver and took him to an interrogation facility.

Abdul-Rahman is the fifth Palestinian to be killed by Israeli soldiers in the first week of March 2022.

On March 6th, the soldiers killed Yamen Nafez Jaffal, 16, after the army invaded Abu Dis town, east of occupied Jerusalem, in the West Bank, and Karim Jamal al-Qawasmi, 19, from the at-Tour town, in Jerusalem, after shooting him near Bab Hutta gate, north of the Al-Aqsa Mosque.

On March 1st, 2022, the soldiers killed Ammar Shafiq Abu Afifa, 21, near Beit Fajjar town, south of Bethlehem, and Shadi Najm, 18, in Jenin, in the West Bank.