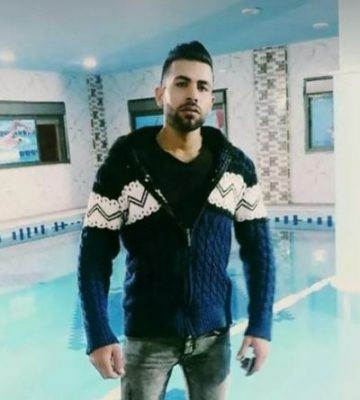 Israeli soldiers killed, on Tuesday evening, a young Palestinian man in the al-Misrara area, in occupied East Jerusalem, after he reportedly attempted to stab soldiers.

The Palestinian has been identified as Mohammad Yousef Sha’ban Oleyyan, 26, from Qalandia refugee camp, north of occupied Jerusalem.

Eyewitnesses said that the soldiers kept Mohammad’s body on the ground for nearly three hours.

Eyewitnesses said the soldiers fired dozens of live rounds at the young man, repeatedly shooting him, while many bullets also struck a Palestinian store and a car several meters away.

They added that the soldiers closed the entire area and did not allow the Palestinians to enter it, but allowed Israeli colonialist settlers through, while dozens of additional soldiers and police officers were brought to the area and its surroundings.

Fateh movement issued a statement saying that Mohammad was one of its members in Qalandia refugee camp.

Prior to his death, Israeli soldiers killed four Palestinian civilians, including one child, without posing any threat of life of soldiers, in two crimes in the southern and northern parts of the Gaza Strip, the Palestinian Center for Human Rights has reported.