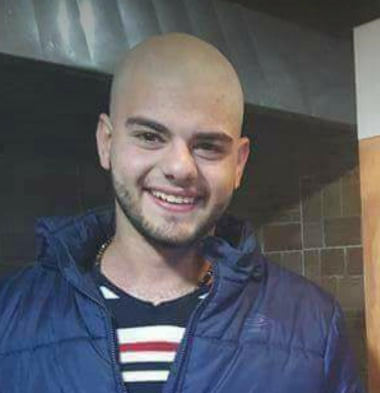 The Palestinian Health Ministry has confirmed that a young Palestinian man, who was shot by Israeli army fire in the al-‘Ezariyya town, east of occupied East Jerusalem, on Saturday evening, has died from his serious wounds.

The Palestinian was shot with a live round in his chest, and was moved to Jericho governmental hospital, in Jericho city, before he was later transferred to the Palestine Medical Complex, in Ramallah, due to the seriousness of his condition.

He has been identified as Yousef Abbas Kashour, 24, from Abu Dis town, east of Jerusalem. Doctors and surgeons tried to save his life, and admitted him to the surgery room, but he died from his serious wounds.

He was shot during clashes that took place after Israeli soldiers attacked Palestinian worshipers, who held evening prayers near the Tribes Gate in Jerusalem, and sprayed them with waste-water mixed with chemicals. Thousands of Palestinians have been holding prayers in the street and alleys surrounding Al-Aqsa Mosque in Jerusalem, rejecting Israel’s closure and siege on the holy site, and refusing to go through metal-detention electronic gates that have been installed around the mosque, following the fatal shooting which took place on Friday morning, July 14, leading to the death of three Palestinians, and two Israeli officers, who were also Arab citizens of Israel.

It is worth mentioning that Sheikh Mohammad Hussein, the Grand Mufti of Jerusalem, said the Palestinians completely reject the Israeli restrictions on Al-Aqsa Mosque, including the electric gates, searches and all provocative measures.

Sheikh Hussein demanded complete freedom of worship, without any obstructions or restrictions, as stated by all related international and humanitarian laws.

Also Saturday, Palestinian medical sources have reported that a teenage boy, identified as Odai Aziz Khalil Nawaj’a, 17, from a village near Tubas, in the northeastern West Bank, was killed after an Israeli explosive, dropped by the soldiers during one of their frequent military drills, detonated beneath him.