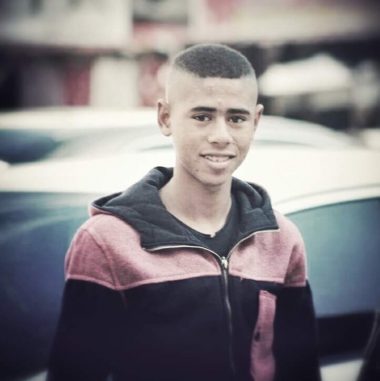 Israeli soldiers shot and killed, on Sunday morning, a Palestinian teen, and wounded at least three others, during clashes that took place after several Israeli military vehicles invaded the Jenin refugee camp, in the northern West Bank district of Jenin.

Medical sources in Jenin said the young man, Mohammad Mahmoud Abu Khalifa, 19, was shot with a live round in his back, while three other Palestinians were injured, and were all moved to the Jenin Governmental Hospital.

Media sources in the camp said several Israeli military vehicles invaded the refugee camp, after surrounded it, and clashed with local youths, who hurled stones and empty bottles. 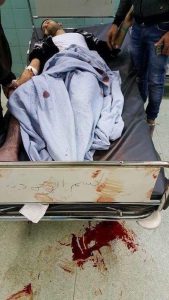 The clashes lasted for several hours, while the army fired many live rounds, rubber-coated steel bullets, gas bombs and concussion grenades, killing Khalifa, and wounding at least three others, while many Palestinians suffered the severe effects of teargas inhalation

Shortly after Mohammad’s death, hundreds of Palestinians marched in the streets and alleys of the camp, chanting for ongoing resistance and vengeance.