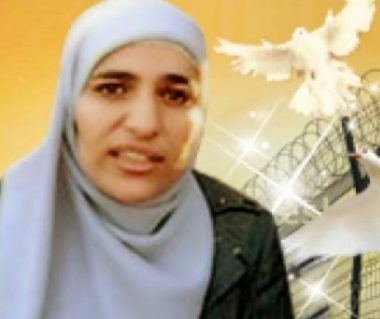 The Palestinian Detainees’ Radio has reported, Saturday, that a Palestinian woman, identified as Randa Mohammad Shahateet, 30, who is a political prisoner held by Israel, has been holding a hunger strike for the fifth consecutive day, protesting her imprisonment and being held in solitary confinement.

Shahateet is a former political prisoner, who was abducted and imprisoned by the Israeli army four times, and spent a total of six years in prison.

She was taken prisoner on January 20, 2017, after the soldiers stopped her at a military roadblock, near the al-Fawwar refugee camp, south of the southern West Bank city of Hebron, while she was returning home in Yatta nearby town.

The army is accusing her of violating the terms of her release, and is currently holding her in solitary confinement at the HaSharon prison. Shahateet is a married mother of three children; the oldest is four years of age.