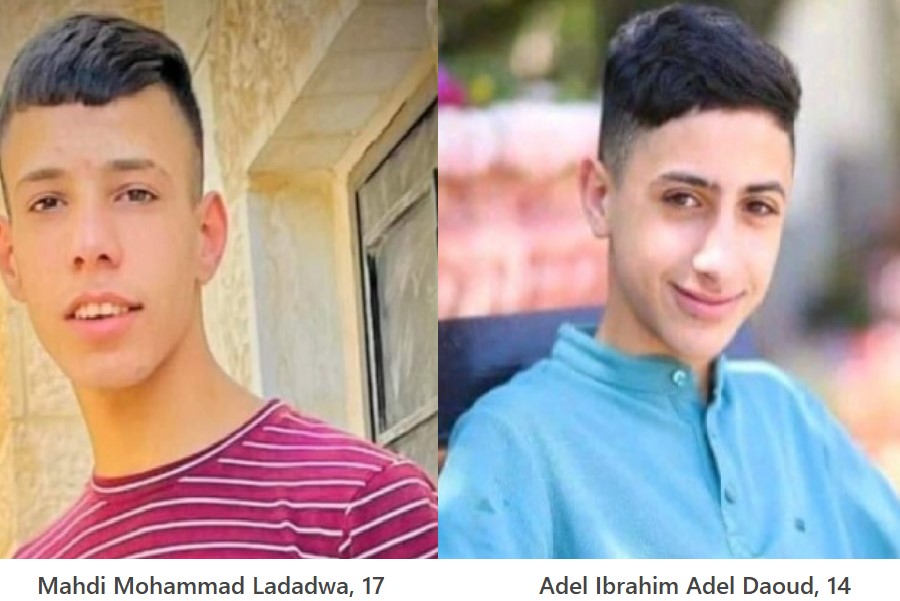 On Friday evening, the Palestinian Health Ministry confirmed that Israeli soldiers shot and killed two children and injured dozens of Palestinians in the northern and central parts of the occupied West Bank.

The Health Ministry said the soldiers shot Adel Ibrahim Adel Daoud, 14, with a live round in the head, in the Al-Birin area, south of Qalqilia, in the northern West Bank.

The child was shot after the army attacked dozens of Palestinians protesting on their lands near the illegal Annexation Wall in the Al-Birin area.

Palestine TV said dozens of soldiers were deployed in the area before they fired live rounds at the Palestinians and added that a sharpshooter shot the child. 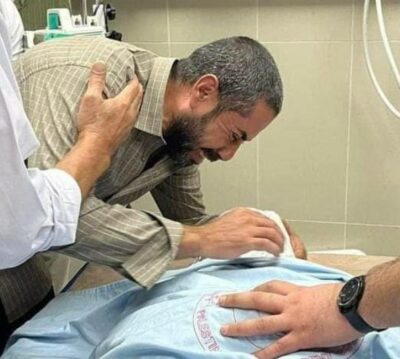 It is worth mentioning that Adel’s uncle, Mohammad Daoud, from Qalqilia, was abducted by the Israeli army 35 years earlier, and was sentenced to live in prison.

Furthermore, Israeli soldiers killed Mahdi Mohammad Ladadwa, 17, from the Al-Mazra’a al-Gharbiyya village, northwest of the central West Bank city of Ramallah, after the Palestinians intercepted an attack by illegal Israeli colonizers against a house owned by Mohammad Saleh Shreiteh, in the village.

Medical sources said the soldiers killed Mahdi and shot at least two Palestinians with live fire; one was shot in the abdomen and one in the back.

The Palestinian Red Crescent Society (PRCS) said the soldiers prevented its medics from reaching Mahdi, but they eventually managed to get to him, despite being attacked by the soldiers, before he succumbed to his serious wounds.

The soldiers also fired live rounds and attacked several Palestinians, including medics, while trying to render the needed to a wounded young man.

The PRCS said its medics treated nine Palestinians who were shot with rubber-coated steel bullets, eight whom the soldiers beat, and thirty-three who suffered the effects of tear gas inhalation.

It added that the soldiers also assaulted several medics while trying to remove them from the area.

Furthermore, the soldiers shot thirteen Palestinians with rubber-coated steel bullets and caused dozens to suffer the effects of tear gas inhalation during the weekly procession in Kufur Qaddoum town, east of Qalqilia.

Several Palestinian factions issued statements denouncing the killing of the two Palestinian children and the serious Israeli military escalation against the Palestinian people, their homes, lands, and their holy sites.

They called for ongoing resistance against the Israeli occupation and its illegal colonies until liberation and independence.

The Palestinian Ministry of Foreign Affairs And Expatriates also issued a statement condemning the execution of the two Palestinian children and affirmed it would submit the case to the International Criminal Court.

It said the Israeli government is determined to escalate its crimes against the Palestinian people and is dragging the region into more tension and conflicts and held it responsible for its crimes and their consequences on the ground.