Israeli Soldiers Open Fire At Farmers And Fishermen In Gaza 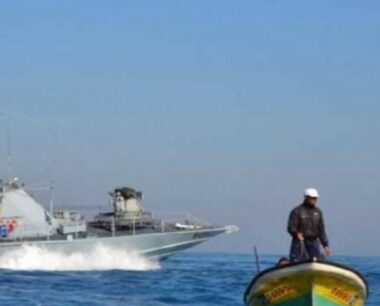 Israeli soldiers and the navy attacked, Monday, many Palestinian farmers, and fishermen, in the Gaza strip, causing damage, and forcing the Palestinians to leave.

They added that the navy attacked the boats with water cannons and several rounds of live ammunition, causing severe damage to at least one boat.

The attack did not lead to casualties but forced the fishermen back to the shore in fear of further Israeli escalation, without being able to fish to provide for their families.

In addition, Israeli soldiers stationed in military towers cross the perimeter fence near the Malaka area, east of Gaza city, fired many live rounds at Palestinian farmers, especially in the Zeitoun neighborhood, southeast of Gaza city, forcing them to leave.

In addition, the army claimed that the soldiers abducted four Palestinians overnight after they allegedly tried to breach the perimeter fence in the southern part of the besieged Gaza Strip.

The army repeatedly opens fire at Palestinian farmers, workers, and shepherds near the fence across the eastern parts of the Gaza Strip, in addition to the constant attacks targeting the fishermen and their boats in Gaza territorial waters, leading to dozens of casualties, including fatalities, in addition to serious property damage and the confiscation of many boats after abducting the fishermen.