Israeli Soldiers Ram Palestinian With Their Jeep Near Nablus 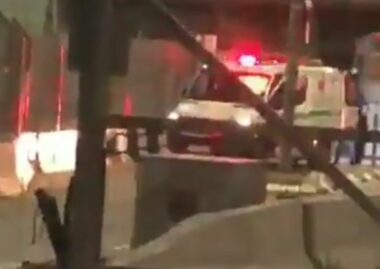 On Sunday evening, the Israeli army injured a young Palestinian man after the soldiers rammed him with their jeep when they invaded Bazaria village, west of the northern West Bank city of Nablus, leading to protests.

They added that the soldiers shot a young man with a concussion grenade in the face and sped towards him before ramming him with their jeep.

The Palestinian was rushed to a hospital in Tulkarem, suffering fractures in the leg and face, in addition to severe bruising to various parts of his body.

Medical sources said many Palestinians also suffered the effects of tear gas inhalation, in addition to cuts and bruises.

On Sunday at dawn, Israeli soldiers killed Karim Jamal al-Qawasmi, 19, from the at-Tour town, in occupied Jerusalem, after shooting him near Bab Hutta gate, north of the Al-Aqsa Mosque.