Israeli Soldiers Shoot And Abduct One Palestinian In Hebron 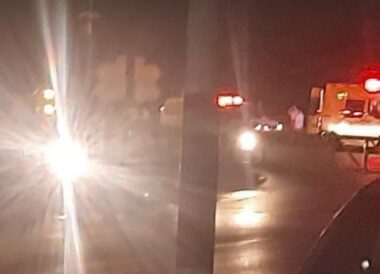 Israeli soldiers shot, on Tuesday evening, a young Palestinian man, before abducting him near Hebron city, in the southern part of the occupied West Bank. The army also prevented international diplomats from entering Shuhada Street in Hebron.

Media sources said the soldiers invaded an area near the Sammoa’ town, south of Hebron, and shot a young man with live fire.

They added that Palestinian medics rushed to the area but the soldiers prevented them from reaching the wounded young man and took him to an unknown destination.

In addition, the soldiers prevented more than 30 international diplomats from entering the Shuhada Street area, in the center of Hebron city.

It is worth noting that the Shuhada Street and all its stores have been closed by the army since the Ibrahimi Mosque Massacre on February 25, 1994, when a Jewish colonizer named Baruch Goldstein, who was also an Israeli army physician, invaded the holy and opened indiscriminate fire from his army-issued automatic rifle at hundreds of Palestinian Muslim worshipers as they were performing the dawn prayer, killing 29, and wounding more than 150 before people were able to overcome the murderer and end his life.