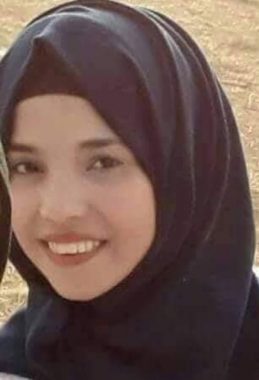 The Palestinian Health Ministry has reported that Israeli soldiers shot and seriously injured, on Friday evening, a Palestinian female medic, east of Rafah, in the southern part of the Gaza Strip, during their excessive use of force against the Great Return March in the coastal region.

The Health Ministry said the medic, identified as Shorouq Abu Mosameh, was seriously injured after the soldiers shot her with a live round in the chest, which exited through her back.

She was rushed to the Surgery Room at the Gaza European Hospital, and is currently in very serious condition in the Intensive Care Unit.

The Health Ministry said Israeli soldiers injured, Friday, 180 Palestinians in the Gaza Strip, including 59 who were rushed to hospitals, including a seriously wounded child, 10 years of age; the rest received treatment at field clinics. In an interview after being injured in a previous Israeli attack while performing her humanitarian duties, Shorouq called for international protection to the medics, who are directly and deliberately targeted by the army while performing their duties in aiding wounded Palestinians during the Great Return March procession in the Gaza Strip.