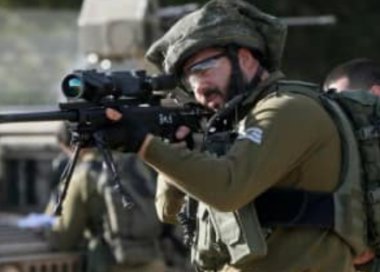 In Jenin, Israeli soldiers and undercover agents invaded the industrial zone of the city, firing live rounds at the Palestinians who resisted the incursion, security sources told the Palestinian WAFA News Agency.

The army shot and injured six Palestinians, one of whom was seriously injured after being shot in the abdomen. He was evacuated to a nearby Nablus hospital for urgent treatment.

Ahmad Jibril, director of the Palestinian Red Crescent Society (PRCS) emergency center stated that they treated four Palestinians for physical assault, two of whom were briefly detained by the army, the other two were transferred to hospital for treatment.