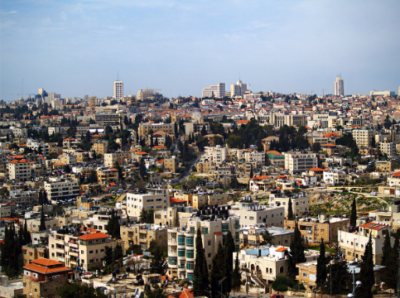 40 Palestinian family members will be forced into homelessness, following an Israeli Supreme Court decision to evict them from their homes. The ruling also sets a precedent that will likely result in the evictions of hundreds more Palestinians in a neighborhood that Israeli authorities have designated for ‘Jewish-only’ settlements as part of the E1 Jerusalem plan.

The Sheikh Jarrah neighborhood, according to +972 Magazine, is a Palestinian neighborhood in East Jerusalem, located on the slopes of Mount Scopus, home to about 3,000 residents.

In the 19th century, a small Jewish community lived there, most of which left by 1948, as East Jerusalem came under Jordanian rule. In 1956, 28 Palestinian families who were made refugees from West Jerusalem in the 1948 war were settled there through an agreement reached between Jordan and UNRWA.

In recent years, several of these families were evicted as a result of Israeli court decisions to recognize pre-1948 ownership claims made by two Jewish bodies, the Sephardic Community Committee and the Knesset Israel Committee, which enabled Jewish settlers to move into their homes immediately.

Although implemented according to Israeli legal and justice systems, the move set a political double standard that justifies Jewish claims to property held before 1948, but does not allow Palestinians to make similar claims to properties they were forced to leave in West Jerusalem.

This week’s Supreme Court decision denied the Sabag family’s appeal of the eviction order filed against them by the Israeli authorities in Jerusalem.

The family argued that if they were going to be forced to leave the land that they had been settled on by UNRWA in 1948, then they should be allowed to return to the land they had been forced to flee at that time. Several elder family members hold the deeds and keys to the homes they were forced out of by armed Jewish militias in 1948 during the creation of the state of Israel on Palestinian land.

Arieh King of the Israel Land Fund, which illegally purchased the homes from the UNRWA trusteeship, told the Jerusalem Post in 2017 that this is one piece of a much larger land grab by his group, “We have now four main compounds that we are working on. In our next phase we plan to house families in two more compounds – one of 300 housing units and the other of 200 housing units. In about 10 years we will have in [the two sub-neighborhoods of Sheikh Jarrah] Shimon Hatzadik and Nahalat Shimon, some 400, maybe 500 Jewish families.”

King confided with the reporter that the group plans to displace the entire neighborhood of Sheikh Jarrah of its Palestinian residents and make the neighborhood into a ‘Jewish-only’ settlement.

The Israel Land Fund is already advertising the property on its website, with an asking price of 5.2 million dollars. The Fund calls it an ‘ideology property’ – a reference to the fact that this is property that is being taken from Palestinians, and that a buyer should have a settler ideology to be able to accept the fact that they will be living The Sabag family has been fighting to keep their homes since 2008.

The company of Nahalat Shimon, which is registered in the state of Delaware, is behind the eviction of the family. Their lawyers have spent millions of dollars on legal fees in the effort to evict the Sabag family from their land.

According to the Israeli paper Haaretz, the Sabag family lawyers filed suit in district court claiming that the land was not properly registered in the Land Registry and asked the court to rule on the ownership. The lawyers say they checked the Ottoman registry documents, including those in the imperial archives in Istanbul, and found problems with the documentation.

Haaretz stated that the district court declined to hear the case, saying the statute of limitations had expired because the land was registered long ago. The Sabags appealed to the Supreme Court, but last week, after a short hearing, the three justices hearing the appeal – Daphne Barak-Erez, Yael Willner and Alex Stein – denied the request and upheld the lower court’s ruling.

Mohammad Sabag, 71, the patriarch of the family, told reporters, “We have two houses in Jaffa, on Hasneh Street and Hagidam Street, and we have 250 dunams [62.5 acres] in Yavneh and also in Ashdod. Why can’t I ask for my property from before 1948?”

The claim that the Israeli Supreme Court based their order on was from 1920 – which undermines their claim that they cannot honor Sabag’s title to his land held in 1948.