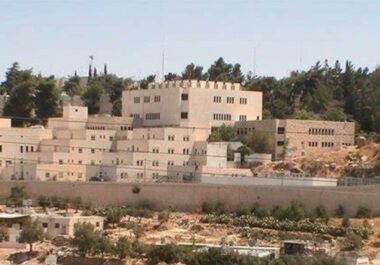 On Thursday, Israeli sources reported that a teenage Israeli girl was shot and seriously injured in what they called “unclear circumstances” in the illegal Kiryat Arba colony in Hebron city, in the southern part of the occupied West Bank.

The sources said Israel medics rushed to the colony and took the unconscious girl, who was first moved to a clinic in the colony, to Hadassah Ein Karem hospital in Jerusalem.

According to Israeli media, the girl was likely hurt by a stray bullet, adding that it seems that the bullet was fired by a Palestinian into the air somewhere in Hebron before it landed on the girl, striking her in the head.

The Israeli army initiated a search in the area after invading many surrounding Palestinian neighborhoods.

On Thursday, Israeli soldiers killed two Palestinians, including a child, and injured at least four others, in Jenin and Jenin refugee camp, in the northern part of the occupied West Bank.

The two have been identified as Farouq Jamil Hasan Salama, 28, and Mohammad Samer Khallouf, 14.