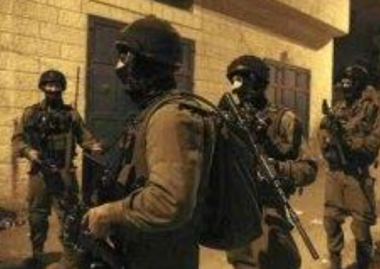 The Hebron office of the Palestinian Prisoners’ Society (PPS), in the southern part of the occupied West Bank, has reported that Israeli soldiers have abducted three Palestinians in the governorate, and installed many roadblocks.

The PPS said the soldiers invaded and searched homes in the Old City, and abducted Ziad Yousef Abu Aisha.

It added that the soldiers abducted Abdul-Hamid Maher Arjan, 18, from Abu al-Asja village in Doura, southwest of Hebron.

The PPS added that the soldiers invaded many neighborhoods in the towns of ath-Thaheriyya, Yatta and Ethna, and installed roadblocks on main roads leading to Sa’ir and Halhoul towns, in addition to Hebron’s northern entrance, before stopping and searching dozens of cars, and interrogated many Palestinians while inspecting their ID cards.

In the northern West Bank city of Nablus, shot and inured two Palestinians, and abducted two others, in addition to abducting one Palestinian In Jenin.

In Ramallah, in central West Bank, the soldiers abducted three Palestinians in Kobar village, and a senior nonviolent activist in Bil’in village.

In Bethlehem, the soldiers abducted six Palestinians, including five teenagers, and summoned one, after invading their homes and ransacking them, in different parts of the governorate.