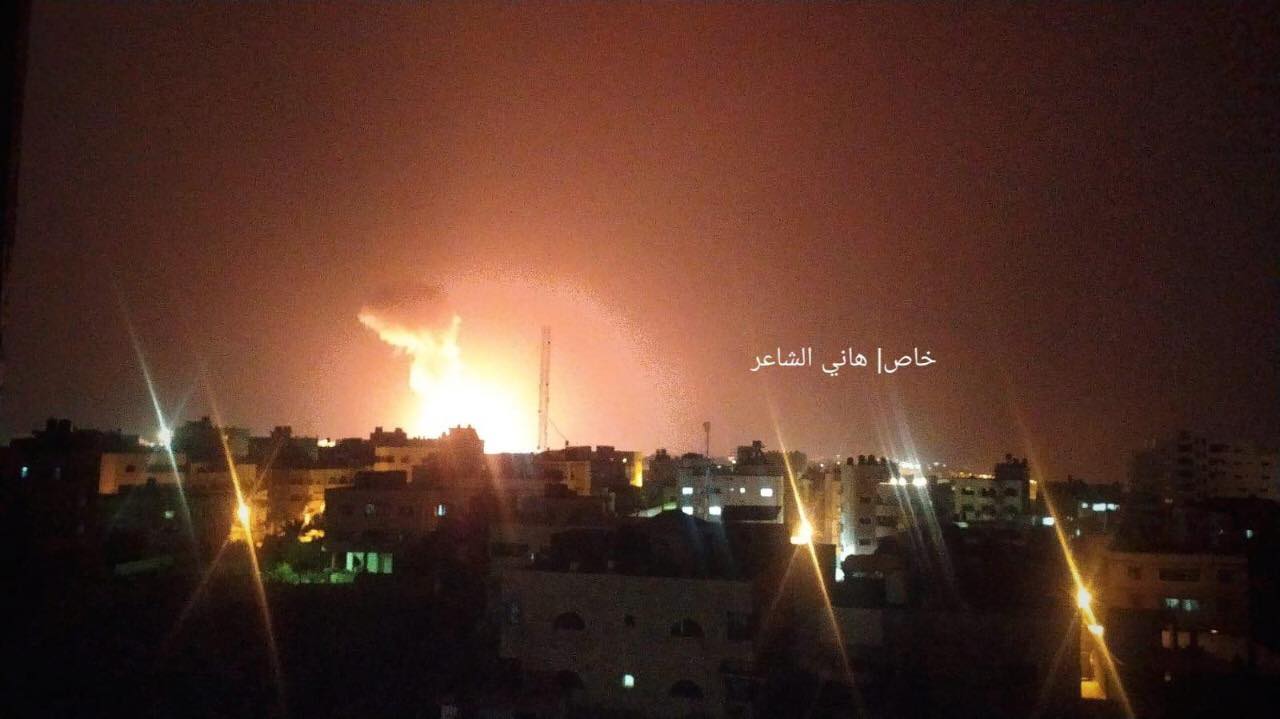 The Israeli air force, Tuesday night, bombed several sites in the besieged Gaza Strip, after a rocket was allegedly fired from the Strip, falling into an open field near Be’er as-Sabe’ in the northern Negev region of Israel.

The Jerusalem Post quoted the Israeli army spokesperson who stated that the offensive was in retaliation for an alleged rocket purportedly fired from the Gaza Strip earlier Tuesday evening.

Palestinian sources confirmed that Israeli warplanes fired missiles at a site southeast of Gaza City in the north, and east of Deir Al-Balah in the central Strip.