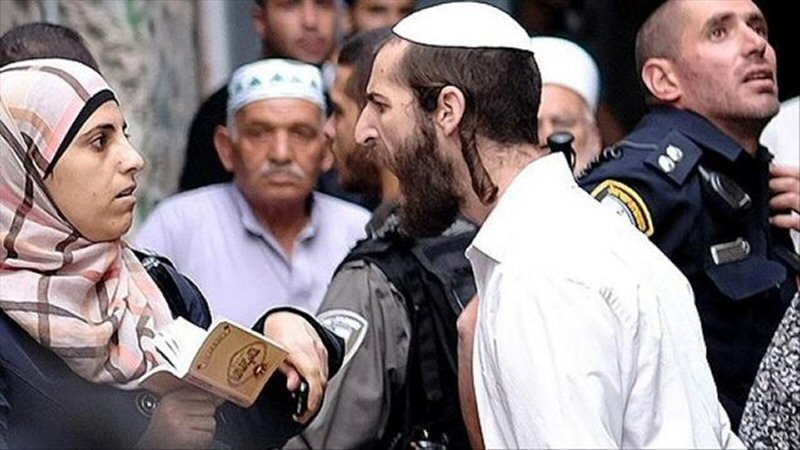 Last week, a Knesset committee approved a final version of the controversial “Jewish nation state” bill, sending it to the plenum for its three readings before becoming law.

Some Israelis have claimed that the law does not really change much, and stems more from the desire of current ultra-nationalist coalition members to make a point and curry favour with their base – the law, according to this view, is more symbol than substance.

Others, while similarly playing down the bill’s legal significance, stress – and worry about – the potential for a negative impact both in terms of Israel’s international reputation, and with respect to a climate of racism and intolerance within Israeli society.

It is true that the “Jewish nation state” bill changes little – but this is because the State of Israel has always discriminated against non-Jewish citizens, both in practice and by law (something even the US State Department routinely acknowledges).

For example, the draft legislation states that “the realization of national self-determination in the State of Israel is unique to the Jewish people”. Now, while not always expressed quite so explicitly, this has always been the case – it is precisely why, contrary to what Israeli officials and their apologists often argue, Israel is not Jewish like France is French.

The law also does not mention “democracy” once – but then neither does Israel’s oft-vaunted “Declaration of Independence”. According to Haaretz, meanwhile, the new bill “is designed to lay the groundwork” for the country’s Supreme Court “to give preference to Israel’s Jewish character over its democratic values should the two conflict in the courts”.

Again, this is something the court already can do, and has done, most notably when interpreting Basic Law: Human Dignity and Liberty and its important limitation clause: as former Supreme Court President Aharon Barak put it, in a 1995 decision: “We are different from other nations. We are not only a democratic state but also a Jewish state.”

Finally, voices of protest have been raised over the new draft bill’s clause “allowing the establishment of residential communities for Jews alone” (something that even a member of Yair Lapid’s Yesh Atid party likened to “apartheid”).

But Palestinian citizens have long been excluded from kibbutzim and moshavim by residential “admission committees”. Indeed, in 2014, Israel’s Supreme Court upheld a law allowing for such committees, a decision slammed as “effectively legaliz[ing] the principle of segregation”.

So, what, then, is this law really about? Politically speaking, this law can only be understood in the context of a concerted pushback against efforts over the last two decades by Palestinian citizens of Israel to assert their national identity, mobilize against discrimination, and, critically, to demand a state of all its citizens.

In 2006-2007, a number of documents, or position papers, were issued by leading organisations representing Palestinians inside the Green Line. These included Adalah’s “Democratic Constitution”, as well as “The Future Vision of the Palestinian Arabs in Israel” (The National Committee for the Heads of Arab Local Authorities in Israel), and Mada Al-Carmel’s “Haifa Declaration”.

Commenting on these developments at the time, Israeli journalist Uzi Benziman described their publication as a “turning point”, adding: “The documents are being woven like an orderly ideological and political doctrine challenging the current character of the State of Israel – the way it views itself, the structure of its government, and its Zionist identity.”

It was a few years later, in 2011, that former Shin Bet head Avi Dichter kick-started the recent efforts to advance a “Jewish nation state” bill. The connection between a politically and nationally assertive Palestinian citizenry, and legislative initiatives to cement ethnocracy, was made in an instructive piece from October 2012, by the Jerusalem Post’s Lahav Harkov.

“Today”, she wrote, “the absence of a legal architecture ensuring Jewish statehood is…a potential threat to the Zionist project itself”, given what she claimed were “campaigns to delegitimize Israel on the rise both inside and outside the country” (my emphasis).

According to Harkov, echoing the likes of Likud MK Yariv Levin, “the creation of a Basic Law proclaiming Israel a democratic Jewish state would prevent courts from making decisions that erode Israel’s Jewish nature in the name of preserving its democratic one.”

What is especially illuminating here is that the one specific example cited by Harkov was a 2000 Supreme Court ruling that threatened to undermine long-standing discrimination and segregation in land and housing, designed to exclude Palestinian citizens.

This, then, is the crucial context often omitted from discussion about the draft legislation awaiting its readings in the Knesset. The new legislation clearly is a disaster from the point of view of Israel’s Palestinian citizens – but its very existence is a testament to both the effectiveness of their political mobilization, and to the power of a demand for real democratization.