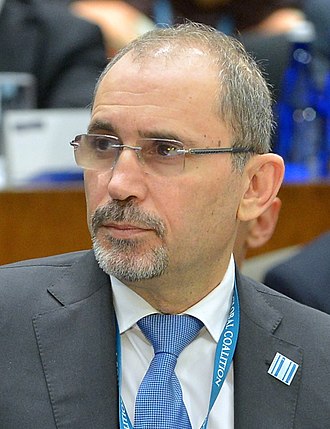 The Jordanian government signalled, on Wednesday, its intention to unilaterally suspend implementation of some provisions within Jordan’s peace treaty with Israel.

Such an announcement came in response to an Israeli plan, reported widely, to annex the Palestinian West Bank, along with the Jordan River area of Al-Aghwar, to the boundaries of the state of Israel, by July of this summer.

Jordanian Foreign Minister, Ayman Al-Safadi, was quoted as saying that in case Israel would go ahead with such a move, a two-state solution between Israel and Palestine would be far out of reach.

Official Jordanian sources reported earlier, that the provisions that are likely to be suspended are those pertaining to Jordanian-Israeli areas of cooperation in the fields of economy, security and military.

The sources noted that closure of both Israeli and Jordanian embassies in both countries, remains likely, in case the planned Israeli annexation is implemented on the ground.

On Tuesday, the Palestinian leadership in the West Bank city of Ramallah, announced that all previously-signed peace agreements between Israel and the Palestine Liberation Organization, are no longer valid, in reaction to the Israeli annexation plan.

The leadership called on Arab and international players to intervene, to prevent Israel from annexing the Palestinian West Bank, warning that such a move would drag the entire region into an irreversible situation.