Journalist Assaulted and Detained while Reporting from Sheikh Jarrah 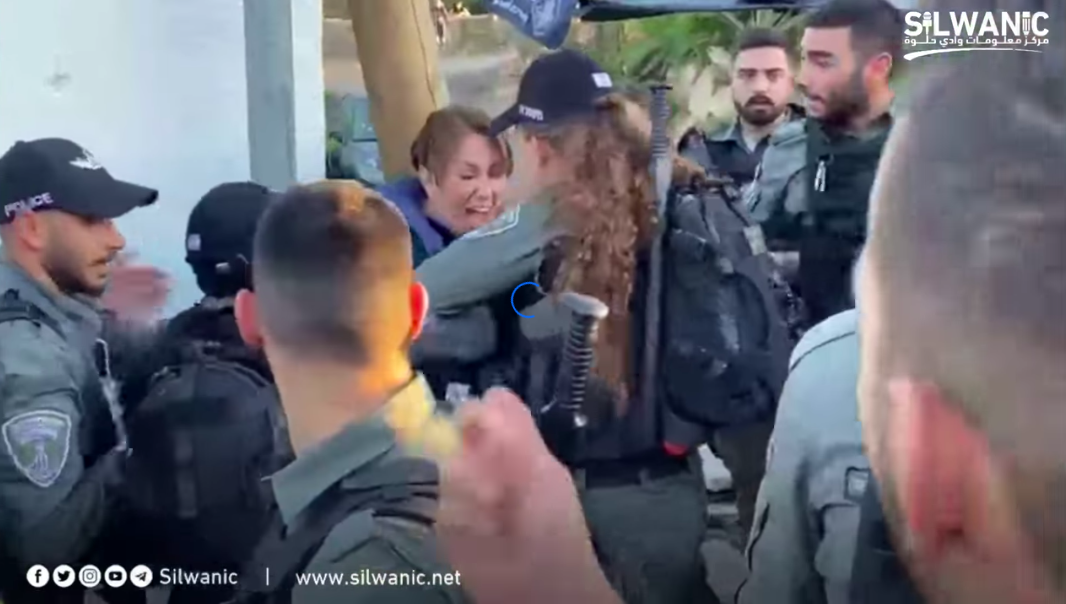 The Al Jazeera correspondent in Jerusalem, Givara Budeiri, was clearly identifiable and wearing a PRESS vest, however several Israeli troops assaulted and detained her.

The Sheikh Jarrah neighborhood has been the scene of a colonial scheme which has gained international attention, with activists and civilians standing in solidarity with the Palestinian people under the threat of forced expulsion.

The team was reporting on the Palestinian Naksa or setback, which occurred on June 5, 1967, when Israel occupied the West Bank and Gaza Strip.

Al Jazeera’s Hoda Abdel Hamid stated that Budeiri was detained for unknown reasons, as she was clearly marked as press and others were also reporting at the scene.

Hamid added that Budeiri was asked to provide her press card, and despite her trying to access it, the soldiers continued to push and assault her.

“This is a clear violation of press freedom, because this journalist was clearly recognizable as she was wearing a press vest, and there is a clear will from the Israeli authorities to prevent journalists from doing their job and from reporting on the ground.”

Budeiri was later released, on the condition that she not enter the Sheikh Jarrah neighborhood for 2 weeks, according to the Wadi Hilweh Information Center (Silwanic).