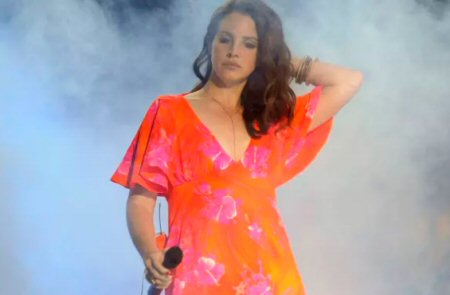 American singer Lana Del Rey has announced that she would postpone a show in Israel scheduled for Friday, due to to her inability to schedule a show for Palestinian fans, according to Haaretz Israeli daily.

In a statement posted on her Twitter page, Del Rey said she was delaying her show “until a time when I can schedule visits for both my Israeli and Palestinian fans.”

The Boycott, Divestment & Sanctions (BDS) movement, in an open letter to Del Rey, asserted that “performing in an apartheid state, whether South Africa in the past or Israel today, in defiance of the voices of the oppressed, always undermines the popular struggle of the oppressed to end oppression.”

Following the criticism, Lana Del Rey responded, via her Twitter, “We will still be playing our show in Israel. That being said, I understand the concern towards showing support to the Palestinians too. So I just wanted to let you know when I’m in Israel I will be visiting Palestine, too, and I look forward to meeting both Palestinian and Israeli children and playing music for everyone.”