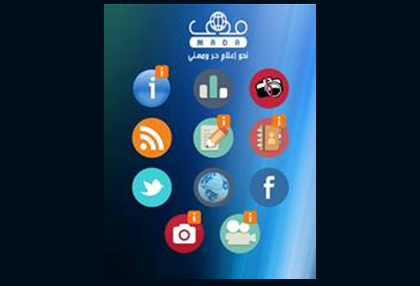 The Palestinian Center for Development and Media Freedoms (MADA) has released a special report regarding the prosecution of Palestinian journalists, in relation to what they post on social media sites.

The report, entitled “Social Media … A New Venue to Censor and Prosecute Journalists” — which, according to the PNN, illustrates how social media websites are a wide and efficient window for empowering journalists and Palestinian citizens, in general, to express their opinions freely — was set, under the past year, to a systematic surveillance and observation policy implemented by Israeli occupation authorities, Palestinian officials and non-official parties (both in the West Bank and the Gaza Strip) — as, throughout the past two years, oppression and prosecution against social sites users has escalated dramatically — that became an open platform for prosecution and oppression relating to user opinions.

Subsequently, several Palestinian journalists were detained and interrogated, along with hundreds of activists and citizens.

Rather than all Israeli practices which aimed to put pressure on Facebook — through a recent partnership agreement to delete comments, photos and even block personal and informative pages, under the pretext of exercising incitement against the Israeli military occupation — MADA’s General Director, Mousa Rimawi, stated that “the report … monitored 70 violations — 61 violations committed by different Palestinian apparatuses and 9 violation[s] by [Israeli forces] — against journalists, related to what they post on social media sites, since the beginning of 2014 til [the] end of May 2016, noting that above mentioned statistics [do not] include activists and Palestinian citizens.”

Moreover, Rimawi added that the widening circle of prosecutions enforced by Israeli occupation authorities, to suppress what is published by Palestinians through social networking — through systematic oppression, and in conjunction with added pressure and agreements with Facebook — resulted in the blocking of not less than 20 personal pages and other informative Palestinian-related pages, following Israeli demands which aim to ban the release or publishing of any informative photos or news related to Israeli occupation policies.

He also noted that Palestinian prosecution operations related to what is published on social networking sites are, sometimes, associated with the practice of violent pressure amounting to the torture of certain journalists, rather than other violations, such as accessing journalists’ pages, while forcing them to disclose their personal passwords and inspecting their devices.