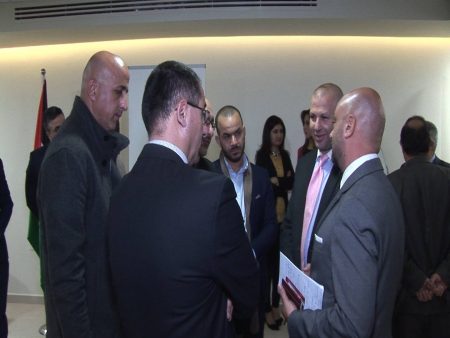 As part of its efforts to promote cooperation between the countries of Palestine and Malta, the Maltese Middle Eastern Tourism Corporation, with the support of the Representative Office of Malta in Palestine, had organized a second meeting and cultural dinner for a group of businessmen in the city of Bethlehem, where they discussed ways and mechanisms of creating an economic investment between the two countries in general, in the tourism field in particular.

The event was attended, according to the PNN, by the Maltese Ambassador to Palestine, Reuben Gauci, in addition to representatives of the Mediterranean Tourism Foundation and other businessmen from different companies, including a leading Palestinian dairy company, Hamoda, in addition to Innovation Hotel, Taybeh, Wejj Al-Qamar restaurants and Bavaria, and more.

Palestinian investors have viewed the initiative as a positive step that can support the tourism investment in Palestine, adding that they are studying such possibilities with other countries as well.

Director general of tourism services in ministry, Nida Al-Ayaseh said “Here at the Ministry of Tourism, we have seen that our goals intersect with the goals of the foundation, which is one of the most important ways to maintain steadfastness and peace in the area, since tourism helps create a cultural exchange between the people, and in return enhancing security and peace in the region.”