Many Palestinians Injured By Israeli Gas Bombs, One Abducted, Near Ramallah 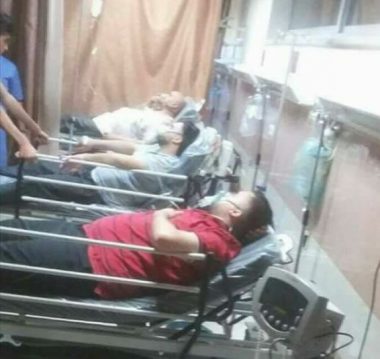 Israeli soldiers invaded, on Monday at dawn, the al-Jalazoun refugee camp, north of the central West Bank city of Ramallah, and fired many gas bombs, causing several Palestinians from the same household, to suffer the effects of teargas inhalation.

The wounded siblings received treatment by local medics, and were all transferred to the Palestine Medical Complex.

In Bethlehem, the soldiers abducted a Palestinian teenage boy, in Teqoua’ town, east of Bethlehem.

In related news, the soldiers abducted a young man from the town of ath-Thaheriyya, south of Hebron, in the southern part of the occupied West Bank, and detained another Palestinian from Hebron city.