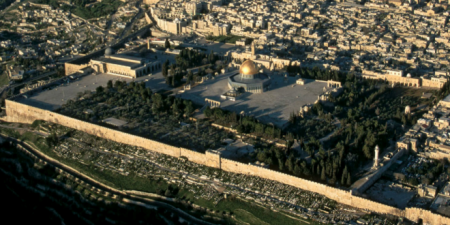 The United Nations Educational, Scientific and Cultural Organization (UNESCO) announced that it will not hold the new vote on the Jewishness of the Al-Aqsa mosque compound, proclaimed Israeli “Temple Mount”, despite Mexico changing its stance.
Mexico, who voted Thursday in favor of the resolution that denies Israeli ties to the compound,  has changed its mind, according to the PNN, under claims that the resolution refers to Jerusalem’s holy sites only by their Islamic names. It is reportedly seeking to withdraw its vote.
Another resolution suggested to hold another vote. However, UNESCO decided not to hold it, while Mexican officials made an official statement announcing the renege.
After announcing the possibility of holding a new vote, the UN received sharp criticism.

This morning, Palestinian Foreign Minister Riyad Al-Maliki expressed regret that the Secretary General of the United Nations, Ban Ki-Moon, “chose to join chorus appeasing the PR bullying and media spin orchestrated by Israel, the occupying power, which attempts to shift the focus from Israel’s illegal and colonial actions in occupied East Jerusalem to issues irrelevant to the content and objectives of the resolutions adopted by UNESCO…

“This is especially regrettable, since the Secretary General  is well aware, including through various UN reports, of the dangerous situation in Jerusalem due to the illegal Israeli practices and policies,” Al-Maliki said in an official statement.

“The resolutions adopted by UNESCO concerning Occupied Palestine aims to put an end to Israel’s dangerous and illegal actions against cultural property, including holy sites in Jerusalem, which undermine coexistence and tolerance.  It addresses illegal Israeli practices in occupied East Jerusalem, including violations of the right of Palestinians – Christian and Muslim – to worship and access their holy sites in the occupied capital and elsewhere in Palestine.

“Furthermore, the text of the resolutions, clearly reiterates Jerusalem’s character as a city central to the three monotheistic religions. Willfully choosing to ignore these facts is regrettable and inexcusable,” he added.

Al-Maliki concluded by saying that Palestine will continue to defend itself through available legal and multilateral fora:

“We will not be intimidated by PR bullying and efforts to divert attention from Israel’s violations and disregard for international law. Our resolve to protect Palestine’s heritage, as a bastion of tolerance and coexistence, is unwavering and we appreciate the principled support of states, who stand up to these fallacious campaigns and stand tall in defense of international law and the rights enshrined therein.”

According to Israeli narrative, the site is considered Judaism’s holiest site. In Islam, it counts as the very first Qiblah (prayer direction) and third holiest place.

The proposal presented by the Palestinians, along with Egypt, Algeria, Morocco, Lebanon, Oman, Qatar and Sudan, condemns Israel on several issues related to Jerusalem and its holy sites.

26 countries abstained from the vote, including Serbia and Turkmenistan, while 24 countries supported the initiative and six voted against it.

The vote was followed by intense Israeli condemnations and pressures, claiming it was “an attempt to rewrite history in a dangerous, unfair and one-sided manner.”

In addition, the Israeli foreign ministry published a brochure featuring “archaeological findings providing evidence of Jewish connections to Jerusalem generally and specifically to the Temple Mount complex,” as reported by i24.