Ministry of Health Warns of Heart Catheter Shutdown in Gaza 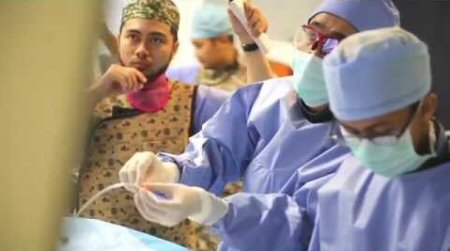 The head of cardiac catheterization at Al-Shifa Medical Compound, Mohammad Habib, warned that the cardiac catheter service will be stopped in the coming weeks, if the basic items are not supplied, confirming that the department uses only sterile tools.
Habib said, according to Al Ray Palestinian Media Agency, that many of the basic medical devices had run out, such as pharmacological blockers, pacemaker of various types, and instruments for the catheterization of arteries.
In addition to the balloons for the peripheral arteries, and the pillars of the peripheral arteries, this made the department only limited to the diagnostic catheterization and some types of therapeutic catheters of the arteries of the heart and using only the available regular stents.
He pointed out that the cases are now transferred to treatment abroad, such as catheter therapy for the heart and peripheral arteries, due to stopping the remittances.
He explained that some patients have to buy pharmaceutical stents at their own expense, which cost up to $700 in the difficult economic situation suffered by Gazan patients and siege lasts for more than ten years.
Habib appealed to supply medical consumables for heart catheterization to treat patients and reduce their suffering, especially after detained and stopped their remittances out of the Gaza Strip, some of them waiting in the hope of better conditions and some of them waiting to die.
It is worth mentioning that the heart catheter section at Al-Shifa carries out 1500 operations every year, an average of 150 operations a month between diagnosis and treatment.
Gaza Power Crisis: Immediate Action Needed says UN Expert