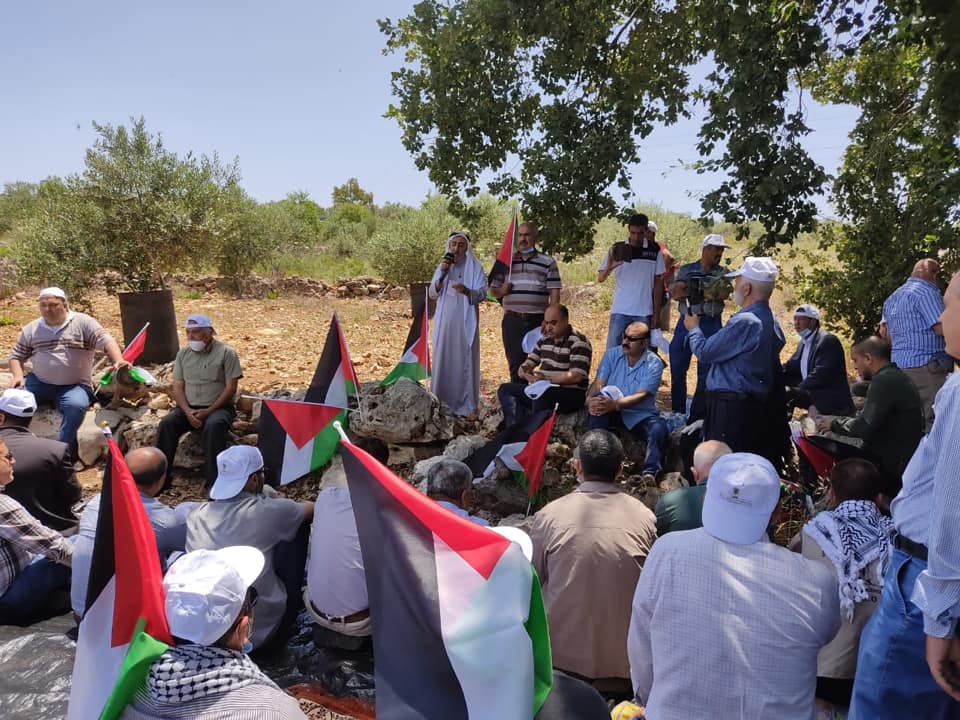 Dozens of Muslim Palestinian worshipers reportedly performed Friday prayer, on the land of the village of Hares, in the Salfit District, northern occupied West Bank.

According to the mayor of Hares, Omar Samara, said that this Friday’s prayer is the second to be performed on the same piece of land that has recently been threatened by an Israeli military authorities’ plan for confiscation.

Among those who took part in such a special Friday sermon, outside of a regular mosque, was Waleed Assaf, Palestinian Authority’s (PA) minister for the Israeli Apartheid Wall affairs.

Assaf was quoted as saying that their prayer for today sends out a clear message of Palestinian steadfastness on their own lands, in the face of Israeli colonial settlement plans of Palestinian-owned lands, across the occupied West Bank.

Also, Father Abdallah Yulyo, of the Christian Palestinian community in the West Bank, participated in the special Muslims’ prayer.

He was quoted as saying;

“My message as a religious figure is a message of commitment to the Palestinian land, irrespective of my religious background. It is true I do pray my own way, but I would like to say that protecting the Palestinian lands is a sacred duty that we all, as Palestinians, should assume, until the Israeli occupation ends and an independent Palestinian statehood is created on those lands”.

Israeli occupation authorities have recently revealed a number of colonial settlement plans, across the Palestinian West Bank, which Israel is reported to start annexing by July 1 of this summer.

Many key international players, along with United Nations and relevant international resolutions, regard the West Bank as an occupied Palestinian territory, from which Israel must withdraw in order to allow for an independent Palestinian state with the internationally-recognized occupied East Jerusalem, as its capital.