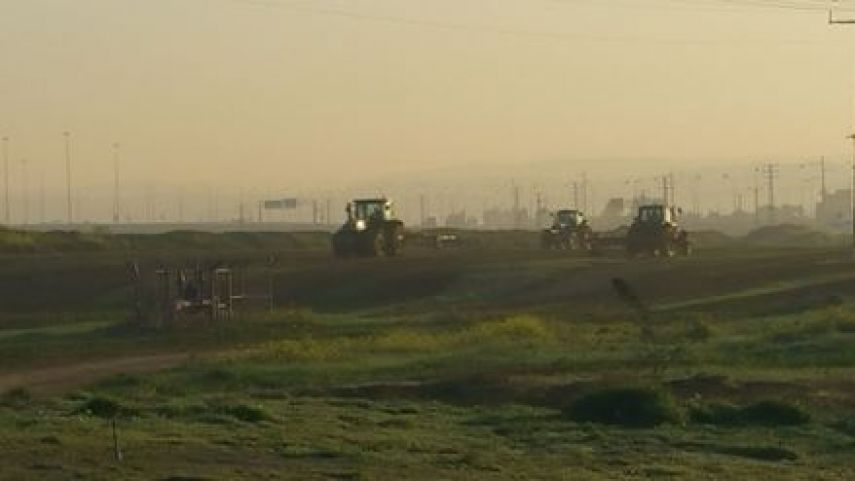 He stressed that Israel exterminated crops in the land near the village of Lakiya, and hundreds of dunams were destroyed owned by Nasasrh Abu Darwish.

Israeli soldiers raided nearby lands last week, as well, destroying thousands of wheat crops. They deliberately attacked Palestinian lands in the time when plants are still growing. It is an Israeli policy to displace and uproot the people from their villages, which the occupation government considers “unrecognized”.