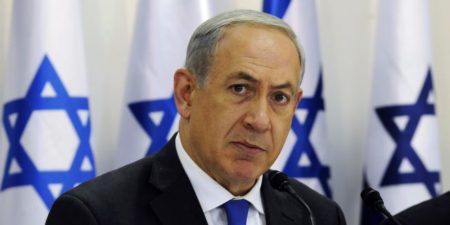 PNN – Prime Minister Netanyahu announced, yesterday, that he’s officially handing back his mandate to President Rivlin after failing to form a new Israeli government. The mandate will now pass to his rival and Blue and White Party leader Benny Gantz, who will no doubt face the same difficulties as his opponent. But, what exactly is at stake now that the first formation attempt has failed?

Since the deadline for his government formation had been set for Wednesday, Prime Minister Netanyahu, facing unfavorable odds, decided to give back his mandate to president Rivlin. He did this in a video launched yesterday.

The mandate for the formation will now most likely pass to his Blue and White rival and former Chief of Military Staff Benny Gantz. That means that, as of today, it will be the first time in almost 11 years that someone other than Netanyahu will be responsible for the formation of Israeli government.

This counts as the second time that the Israeli prime minister was unable to successfully lead the formation, after two rounds of elections in which Likud didn’t manage to secure a parliamentary majority. “Since I received the mandate, I have worked tirelessly both in public and behind the scenes to establish a broad, national unity government. That’s what the people want,” he clarified, in a statement.

Netanyahu blames the failure of the formation on Gantz’s insistence on including Arab-majority parties into the new government against his will. “During the past few weeks, I made every effort to bring Benny Gantz to the negotiating table. Every effort to establish a broad national unity government, every effort to prevent another election,” he said. “To my regret, time after time he declined. He simply refused.”

Similarly, Gantz clarified that Netanyahu wasn’t negotiating in good faith since the unity government was only an option for the prime minister if it included his traditional hardline and religious allies. “The time for spin is over,” declared Blue and White, in their statement. “Now is the time for action. Blue and White is determined to form a liberal national unity government led by Benny Gantz, whom the people elected about a month ago.”

On top of this, there is still the problem of Netanyahu potentially being indicted for fraud, bribery and breach of trust, in three different, unrelated affairs, putting a significant amount of pressure on his shoulders to step aside as prime minister. If a unity government is formed before Israeli Attorney General Mendelblit decides to indict him, Netanyahu could remain in office, since the prime minister is the only elected official allowed to do so. If, however, Mendelblit decides to indict him before the government has been officially formed, Netanyahu would not enjoy te privilege of immunity, and he would have to step down. At that point, Israel would be in uncharted legal territory.

The result of Netanyahu’s resignation as ‘formateur’ leads to an interesting upcoming agenda.

Benny Gantz, although being 60 years of age, is a bit of a newcomer in Israeli politics. He’s vowed to unify the country and heal its sectarian divides created, according to Blue and White, by a decade of Netanyahu branding Israel’s large 20% Arab minority as supporters of terror. His Blue and White party is a centrist coalition which includes many of Netanyahu’s critics, like secular politician Yair Lapid, and former senior military officers (like Gantz himself). Additionally, he’s hinted that he’d be interested in reinvigorating the peace process with the Palestinians, although he has remained vague on this matter.

The Blue and White leader has no problems entering into a government with Likud, but not with a prime minister who’s being tried for corruption. Several people, like Netanyahu’s party member Gideon Saar, have already indicated that they would be willing to succeed the prime minister. But, as of yet, Likud has not dropped support for their current leader.

Opinion/Analysis 10/12/19 How Hamas Made Palestinian Factions In Gaza Its Fans?