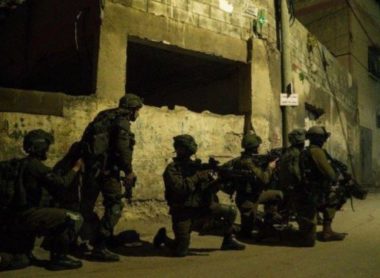 Israeli soldiers abducted, on Tuesday at dawn, fourteen Palestinians, including eight from Jerusalem and two siblings in Bethlehem, from their homes in the occupied West Bank, the Palestinian Prisoners’ Society (PPS) has confirmed.