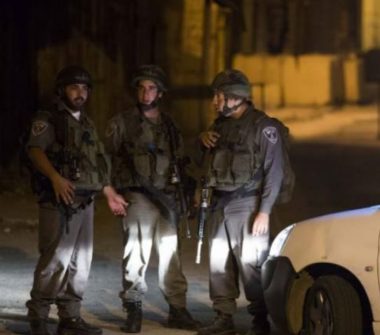 Israeli soldiers abducted, on Tuesday at dawn, eight young Palestinian men in the al-Isawiya town, in occupied East Jerusalem, after the army invaded and ransacked many homes.

Media sources in Jerusalem said the soldiers interrogated many Palestinians, while violently searching their homes.

It is worth mentioning that, on Monday at night, the soldiers invaded the town, assaulted a young man and abducted another, identified as Salem Darwish.

The Israeli army has been carrying out daily invasions, searches of homes and property, in addition to abducting dozens of residents.