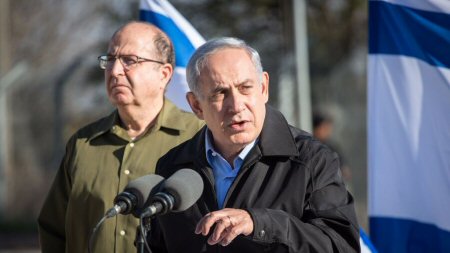 Israeli Channel 2 has revealed that the Israeli Prime Minister Benjamin Netanyahu is seeking to make an amendment on an article of the Israeli Basic Law, so that he can make the decision of war alone, without reference to the government or even the Cabinet.

Channel 2 reported, according to the Al Ray Palestinian Media Agency, that Netanyahu is seeking to amend article 40 of the Israeli Basic Law, which addresses the necessity of polling the majority of the government’s members before taking the decision of military operation or war, noting that Netanyahu intends to present the amendment for the Knesset to vote on.

The channel said that Netanyahu’s offer to amend the article comes after a previous amendment in which the Cabinet was given the power to declare military operation that could lead to war without reference to the government.

The channel added that Netanyahu will be granted more powers, in the case the amendment of the article has been approved.