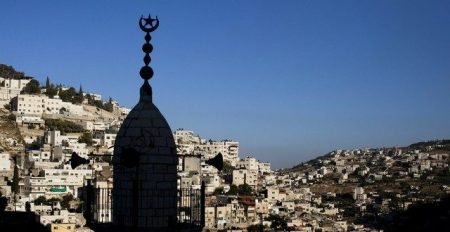 The Israeli Jerusalem municipality, this past week, approved a plan to build a three-story housing complex for Israeli settlers in the center of Silwan, East Jerusalem.

According to Haaretz, the project was introduced by an Israeli pro-settlement nonprofit organization called Ateret Cohanim, and its approval was postponed many times in the past, due to political pressure.

The plan will permit Ateret Cohanim to construct a new building located near the controversial site of Beit Yonathan, which was sold to Ateret Cohanim by the custodian of absentee properties, without a tender, according to the paper.

Earlier Wednesday, PNN further reports, the municipality cancelled a vote to approve settler units in order to avoid further strain on diplomatic relations with the US, as US Secretary of State John Kerry was set to give a speech addressing his vision for the Israeli-Palestinian conflict, while a new United Nations Security Council resolution reaffirmed that Israeli settlements in the occupied Palestinian territory are illegal under international law.

However, just ahead of Kerry’s speech, a vote on the Silwan project took place.

The Haaretz report also asserted that the Jerusalem municipality was in denial that Israeli Prime Minster Benjamin Netanyahu had called for the earlier vote, on the units in Ramon and Ramat Shlomo, to be put off.