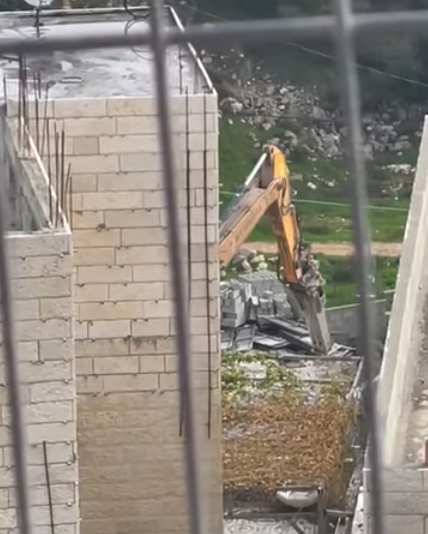 The army invaded the refugee camp and occupied rooftops, before a they used a bulldozer to destroy the under-construction home, under the pretext of non-licensing.

The occupation authorities allow illegal Israeli colonialist settlers to build in the West bank, while simultaneously restricting permits to the indigenous Palestinian population as a means of demographic control.

According to Article 17 of the United Nations Universal Declaration of Human Rights;

“1. Everyone has the right to own property alone as well as in association with others.
2. No one shall be arbitrarily deprived of his property.”